About the City of Cape Coral

City of Cape Coral - Come see our waterfront wonderland, with miles of canals ...... it's a boater's paradise!

What city has the most canals in the world?

Did you say Venice, Italy?

The Cape has over 400 miles of canals, perfect for boating, fishing, and enjoying waterviews from your back yard or lanai.

The canals add to our city's laid-back character and give more opportunities for waterfront living, making it a great destination for vacationing and living here year-round.

Our master-planned city was the vision of 2 brothers, the Rosens, back in the late 1950's.

Now they had to come up with a name for their new development. For good luck, they thought there should be two words starting with the same letter. 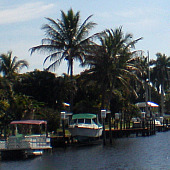 After rejecting names like Sapphire Shores, Palm Point, and Caloosa Cove ...... the brothers finally settled on the name Cape Coral.

They broke ground in 1958 and developed roads, canals, and buildings quickly. The Cape Coral Bridge was built in 1964.

The City of Cape Coral Florida was incorporated in 1970 and the population has continued to grow.

We can understand why, we think it's a terrific place to live!

Not only does Cape Coral have the largest population in Southwest Florida, at around 200,000 as of January 2022; it also covers the largest area, at 120 square miles.

Yet, it has a small town feel with mainly residential areas, and a lot of those areas are on the water.

We are a community with young, working class families and retired folks.

Cape Coral experienced a building boom in the 90's and early 2000's, but was greatly affected by the economic crisis starting in 2006. Cape Coral was in the top 5 cities with the highest amount of foreclosures.

Now that the economy has improved, there are a great many values in homes for those who wish to move to warmer weather and a waterfront lifestyle.

Cape Coral consistently makes it in the top ten on various lists for best places to live, to retire, and even for work and business.

It started out as a retirement community, but attracted young families and professionals. It is one of the fastest growing areas in Florida. 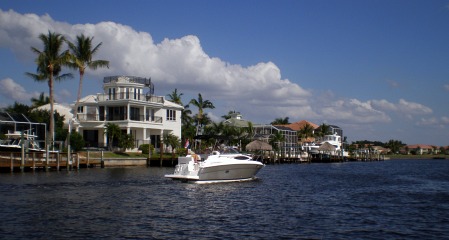 Of course, that is just a sample of all that Cape Coral has to offer. I hope you check out my whole website to see more!

The City of Cape Coral is governed by an eight-member council. The mayor is one of the members, and the other seven members are elected from seven districts.

City government agencies are working on promoting business and utility expansion to accommodate the growth of the city. Find out more on my Cape Coral Business and Cape Coral Government pages.

The Cape Coral CRA, which stands for the Community Redevelopment Agency, has the fantastic Vision Plan for beautifying downtown Cape Coral that will attract people, tourists, businesses, and higher education.

Cape Coral Schools are operated by the Lee County District since Florida schools are headed by counties rather than towns and cities.

There are several colleges and universities in nearby towns.

Make sure you find out about the LeeWay program with transponders for your car and accounts to save time and money on the toll bridges.

Our city of Cape Coral offers so much; whether you love nature, sports, leisure, art.... whatever you are into, there is plenty to explore in our diverse city. 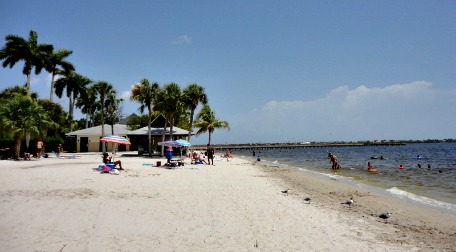