The main downtown area is comprised of Cape Coral Pkwy from the bridge to Palm Tree Blvd, several blocks of Del Prado Blvd, SE 46th Lane bordering on the north, Miramar St to the south, and portions of Coronado Pkwy up to the old city golf course. 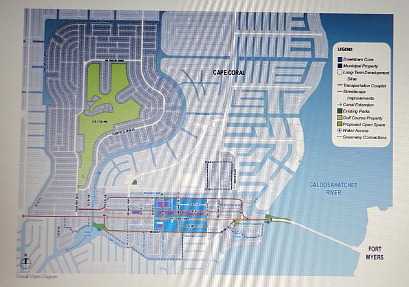 The downtown area was built in the late 1950's and early 1960's when mid-century modern was the popular design trend.

The CRA wants to modernize the look and feel of this part of town because it's the first part of Cape Coral most people see since it's right off the Cape Coral Bridge from Ft Myers.

Another problem of downtown is that local and rush hour traffic needs to get through quickly, but the city also wants to encourage visitors and locals to stay and enjoy this part of the city.

The Vision Plan has been in the works for several years, but the downturn of the economy has delayed it's start.

City planner, Bernard Zyscovich, has studied our unique issues and has come up with a plan and several interesting ideas for making the downtown a most desirable destination. 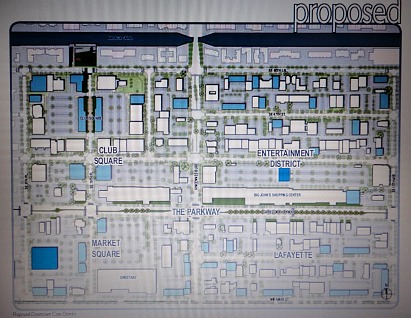 He has found our young city to have great potential and has worked out both short and long term plans that should be accomplished within 20 years.

Investors who want to buy homes in Cape Coral will be interested in this plan because it will increase home values here.

Commercial and large-scale investors will also want to see the plan so they can get involved with this project and get it started because there's no place like Cape Coral!

We have fantastic weather, a great location in Southwest Florida, waterfront living on 400 miles of canals as well as lakes and rivers; the best boating, fishing, golfing, values in real estate, beaches, shopping, dining, recreation, and attractions for everyone. 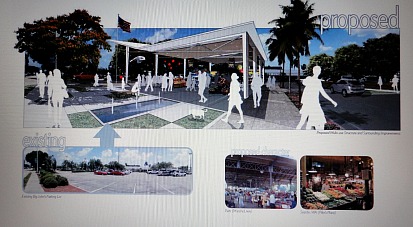 The character will change on facades of building to a more chic and tropical look, and there will be more attractive streetscapes and landscaping.

One of the developments, Village Square, is awaiting final approval and a little more of an upturn in the economy, and it looks absolutely beautiful with its Mediterranean architecture.

Shops and restaurants will be at street level with offices and apartments above.

Not only does Cape Coral want to bring in more businesses with the revitalized downtown, but also to attract higher education.

Cape Coral is looking to have a pedestrian-friendly downtown on the order of Naples and Venice, and Vision Plan will accomplish that.

We are all excited about it and you will want to look at the Vision Plan on the Cape Coral CRA website: 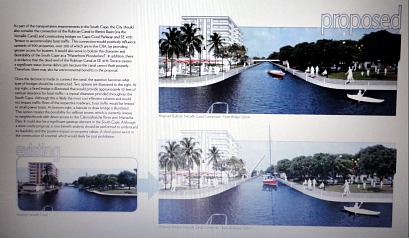 UPDATE September 2017:  Plans have been revealed for the new streetscape for SE 47th Terrace with wider sidewalks eliminated street parking, and improved aesthetics.   They will go to city council by the end of the year and if voted through, should take about 9 months to complete.

Return to City of Cape Coral