Cape Coral's Homesteaders lived a rough and tumble, yet happy and interesting life.

In 1872, the US government opened up the land on the north side of the Caloosahatchee River for home steading.

Pioneers were given 160 acres and 5 years to improve the land.

If they succeeded, they were allowed to keep the land, free and clear.

Some families made it, many didn't. Below, are some interesting tidbits from the stories of four families who managed to make a go of it and keep their home steads. 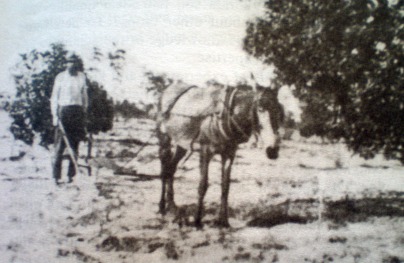 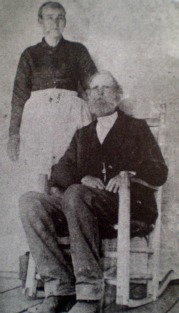 John and Penelope Powell moved from South Carolina to Florida, and in 1873 became the first of several homesteaders to our area. They lived in what is now the area of Bayshore Rd. in North Ft. Myers, just over the border of Cape Coral.

They had 6 children and raised vegetables, sugar cane, citrus trees, and hogs and cattle.

There was good hunting up and down the river and Powell found bear, bobcats, panthers, and turkeys.

He took venison, turkeys, gophers, swamp cabbage, and sweet potatoes to barter for groceries and supplies to the nearest trading post, Key West ..... a 3-week round trip.

Their 2-story wooden house was set on blocks, had a parlor and 4 bedrooms on the first floor, 3 bedrooms on the second floor, and a wraparound porch on 3 sides. The kitchen and dining room was attached to the main house by and an open walkway made of boards.

The house was kept warm in winter by a wood stove and baths were taken in a tub that was moved to one of the bedrooms.

Powell's son Homer played with Seminole children, until they were moved away.

Powell was a successful farmer, he also served as justice of the peace, trustee of the local school, and a county commissioner. He gave some of his land for a church and cemetery. 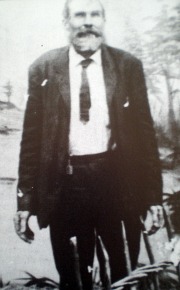 Anthony "Tone" Corbitt, on the left, and his wife Eugenia, were homesteaders that had land slightly east of the Santa Barbara and Cape Coral Parkway intersection. They received their 160 acres in 1922.

They mainly raised horses and chickens; and grew potatoes, corn, peas, and rice. Corbitt traded hogs for vegetables and fruit at the nearby Bruton orchard.

They had a simple 2-room house with only shutters over the windows ...... no glass, and a back porch for chores and socializing.

The house was adorned with a sticky white flower that "caught" flies. Outside, smudge pots burned cow chips or cloth to drive away mosquitoes.

Their son, Chester Corbitt, rode to school on horseback. Their other son, Thomas, took a wife who was only 14 years old.

Granddaughter Tillie played London Bridge and tag with her friends and made dolls out of sticks. She would then make boats out of bigger sticks to float her dolls on.

Tillie remembers her mother asking her father to run out to the creek to get a deer for breakfast. There were many happy memories of life on the homestead. 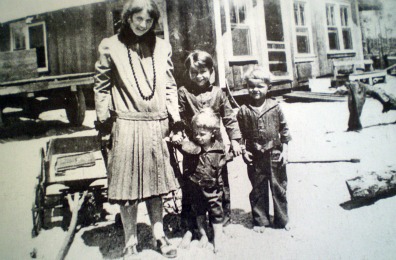 In 1914, Chris and Martha Nielsen went from Kentucky to Florida for their honeymoon. They were attracted to the area and decided to stay.

Martha's father had ordered her groom "out of a book on a dare". For a year, she was allowed to write to him until finally he showed up one day on horseback and they got married.

Homesteaders were a tough breed. To get to their land, a horse-drawn wagon was driven through the woods to hack out a trail. This took a long time and was very hard work.

In 1926, they finally moved to their homestead, which was in the area of Nelson Rd, north of Pine Island Rd.

Then they had to figure out the best place for a well and the house. The land had to be cleared and graded; snakes, mosquitoes, and varmints dealt with, and building supplies brought in.

The house was built on blocks and had a living room ,dining room, kitchen, and 3 bedrooms. A pitcher pump was installed over the kitchen sink. They had an outhouse.

A small concrete pool was built outside the kitchen door for baths and washing sand off of vegetables, which was continuously supplied with water from an artesian well. They didn't get electricity until 1946.

Martha farmed the land while Chris drove a team of oxen for the State Road Department. I think she looks pretty smartly dressed for a homesteader ..... and with all those boys!

When son Chris was little, his father and a friend were pulling out a pine tree with a tractor. Chris Jr. and his brother Charles jumped in the hole just as the cable pulling the tree snapped, the tree went back into the hole and the 2 boys were buried under it.

Martha was watching from the window, saw what happened, flew out of the house and started digging with her hands.

The men fixed the cable and pulled it out. The 2 boys were rescued, they had passed out and were blue, but very lucky to be alive. The mud and slime had slowed the pine down and cushioned the roots so they didn't stab the boys.

After Chris Sr. died in 1943, Martha raised chickens to make money. She also cooked a bunch of chickens every Sunday for a potluck with the neighbors.

Charles remembers eating other foods like mullet with ketchup, which made it taste like salmon; hamburger and pork canned in tallow, wild turkey, garden vegetables, pumpkins with bacon, and goat's milk ice cream with mangoes and honey.

Jacob David Molter Sr. moved south to Florida in the early 1920's on the advice of his doctor, because he kept coming down with bronchial pneumonia.

He built bridges and when he found some homestead acreage available, he got his 160 acres in the area of Pine Island Rd. and Chiquita Blvd.

Molter built a log cabin at the present site of Coral Ridge Gardens Cemetery. In 1926, his wife and 8 children joined him. They hadn't quite chinked up all the cracks in the cabin when the hurricane of 1926 hit.

The wind howled and raged, they all got pretty wet and their piano was ruined. The bridge into Matlacha was being worked on at the time and 28 workers managed to make it to their house to weather the storm. For more stories, go to my Books and Movies page to order books about other homesteaders, and Cape Coral and South West Florida history.

You can also subscribe to my newsletter, Gator Bites, because as a free gift, you get my ebook Weird Cape Coral.

In the ebook I have a story about a homesteader known as Wild Bill and the crazy thing he did.