The Sanibel Shell Museum is one of the things to do on Sanibel Island that you absolutely must put at the top of your list!

Known as the Bailey-Matthews Shell Museum, you will find that there are so many interesting and informative displays about Sanibel Island shells as well as shells from around the world.

With over a million shells, the museum has become the premier research facility and repository for shells, and is the only museum in the world dedicated only to shells.  The museum was founded in 1989 by island residents, the 3 Bailey brothers, who named it after their parents.

Famous actor, Raymond Burr, was involved in the fundraising to build the museum and it opened to the public in 1995.

Students, shell enthusiasts, and scientists have enjoyed learning about shells and mollusks ever since.

So, why is Sanibel so lucky to have so many fabulous shells?  Most of the barrier islands off the coast of SW Florida run north to south, but Sanibel hooks off to the east at its southern end, thereby "catching" shells as they come up from the currents in the Gulf of Mexico.

Researchers from around the world who can't come to the Sanibel Shell Museum are able to see shells from their collection online.

The museum's outreach programs and lectures educate schools, homeschool groups, churches, clubs, and various community organizations about shells and mollusks and their environment.

Not only do they have interactive displays and a discovery area for children, they also have educational movies for those who want to further their knowledge. 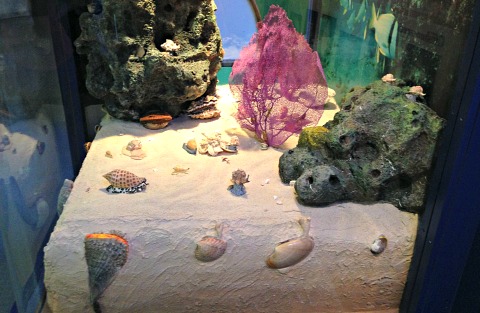 We watched a 30-minute movie about mollusks .......... and who knew that mollusks could be so fascinating!  I never really thought before about what clams, whelks, and mussels ate, how they move around, or how they reproduce.

I liked the display that showed which kind of shells are found in different parts of the world.

I loved seeing the shell valentines made by sailors for their sweethearts ....... amazing, and quite beautiful! 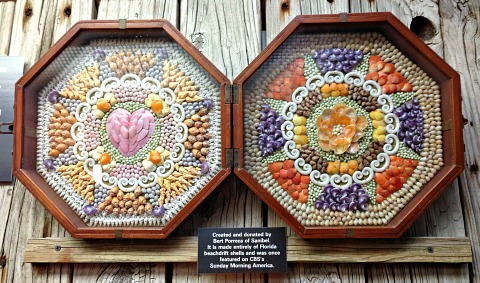 You'll be surprised to learn which mollusks can sting you or even kill you ........ and they live in some really pretty shells.

Learn about the Calusas, native Americans that depended on shells and mollusks for utensils and food.  They are known for making the shell mounds that are found here in SW Florida.

It is said that they were basically garbage dumps, but also served to create some elevated ground to get away from flood waters that could occur from hurricanes.

And, of course, you'll learn everything about the famous shells of Sanibel and Captiva. 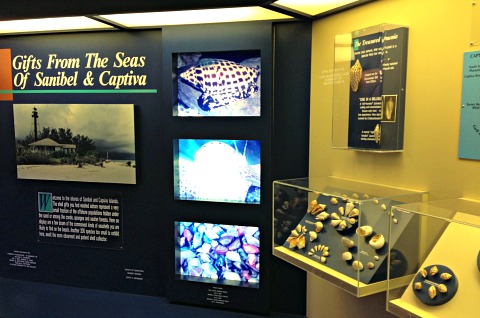 They are open from 10AM-5PM, 7 days a week, except for major holidays.  Check out their gift shop.  Tables and benches set up outside the museum's entrance, so bring a picnic lunch! 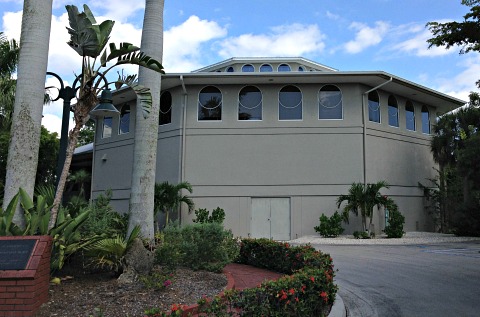