Burrowing Owls - There are more of these cute little birds in Cape Coral than any other location in the world!

Known as the official bird of Cape Coral, the owls live in 8' tunnels in the ground, called burrows.

If you've driven around the Cape, you may have seen their nests in empty lots or center islands on the various boulevards around town.

The nests are usually identified by 4 white stakes surrounding a perch.

Many out-of-towners have mistaken the posts for the markings of traffic fatalities.   Thankfully, that's not the case, otherwise, we might be considered the worst drivers in the world! 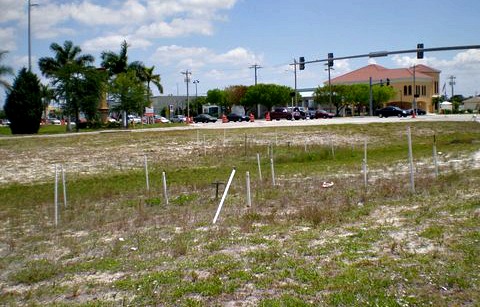 The Cape Coral owls, which are about 10" high and the size of a robin, like to nest in open sandy fields with some grass and weeds for shade, and protection from the heat.

The perches serve 2 purposes, the owls like to be elevated , and the burrows are more visible to lawn mowers. 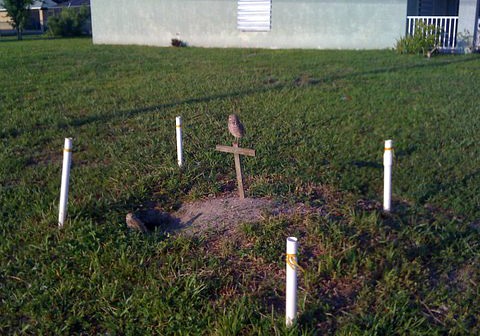 Once you put lawn grass down in your yard, owls will not be able to dig a burrow, since the grass is too coarse.

Nesting season lasts from March - May, during dry season when flooding of the burrows is not a problem.

Before egg-laying starts, adult owls decorate their burrows with cigarette butts, animal dung, paper, and any other debris they can find to scare away predators such as snakes, skunks, opossums, and pets.

Females lay up to 8 eggs and incubate their eggs for 28 days. About 4-6 of the eggs hatch, and 3 will survive.  The chicks remain in the burrow for another 2 weeks after they hatch.

Once they are ready to emerge, the mother and father owls kick up a lot of dust as they sweep away the debris with mulch or brush so their new babies won't get hurt.

Mother owls hunt and feed their chicks, preen their babies' feathers to remove fleas or mites, and even bring gifts of odd found objects for the chicks to play with.

Burrowing owls love to eat mice, along with frogs, beetles, caterpillars, other kinds of bugs, turtles, small snakes, and an occasional bird.

At about 3-4 weeks, the owlets climb weeds to practice flapping their wings so they'll be able to fly.

Owls sometimes sleep on the ground, and have also been known to sleep standing up.  If you approach an owl, it may bob its head, fuss, screech, and hiss at you, but it won't hurt you.  Just be aware that if you are between an owl and its burrow, it may swoop down, not to attack you, but to get to its burrow and safety.

Here's a video of the much beloved Cape Coral birds fussing and bobbing:

If it rains, the owls spin around to catch raindrops to clean off dirt and lice.  They can turn their heads 270 degrees, they can't move their eyes though, they must turn their heads to see around them.

Most owls only travel 1/2 a mile away from their parent's nest to establish their own nest.

It has been observed that some owls have flown 10-12 miles away and even 60 miles away before making their own nest.  It has also been seen that some young owls have flown to mangroves far away from shore to feed for a few weeks on crabs and insects before returning to land to build a nest.

It is estimated that there are approximately 2000 burrowing owls in Cape Coral.  They are considered a Species of Special Concern by the Florida Fish and Wildlife Conservation Commission.

I think you'll find that burrowing owls are a hoot! 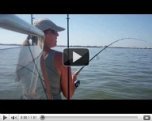